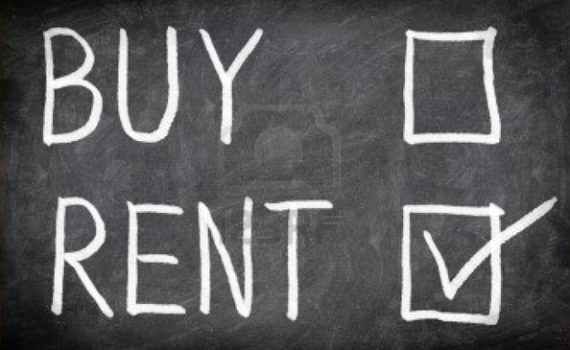 Why Renting is A Better Option in the UK

Weigh in: Renting vs. Buying

Renting, In  some parts of the world, is frowned upon. For some, becoming a tenant has been considered a waste of money. Here in the U.K, however, renting is more convenient than buying a home.

A lot of financial experts claim that renting is actually a lot cheaper than buying your own house. And with today’s economy, it may benefit more people than we think.

According to James Pickford at Financial Times, buying a home in the UK is now 20% more expensive than renting. In his article, Pickford wrote:

Lucian Cook, Savills’ director of residential research, said the figures showed it was not only the challenge of funding a mortgage deposit that was constraining people’s ability to get on to the housing ladder, but also the extra expense of paying down a capital repayment mortgage over time.

“Even though paying off a repayment mortgage adds to your net wealth, it still makes ownership that much more expensive. It affects your monthly outgoings,” he said.

On the other hand, Express UK reported that renting can be more worthwhile than buying a home. This is especially true for those who are not planning to settle down and those who are strapped for cash.

In the report, the news site wrote that homeowners who sell up within five to ten years are more likely to put out more cash through buying as opposed to renting.  An excerpt from the report reads:

On average homeowners need to own their own home for up to a decade before returns from the rent they are no longer paying begin to compensate for the buying costs.

Dr Tabner said: “It is often thought that buying a house makes more financial sense in the long run: however, renting is frequently more worthwhile than buying for financially-constrained households, as well as households likely to relocate within 10 years.

“As well as a reduced ability to recover transaction costs, households relocating within a few years face a higher risk that medium-term prices will move against them, thus reducing or eliminating their equity, while financially-constrained households face much higher mortgage costs.”